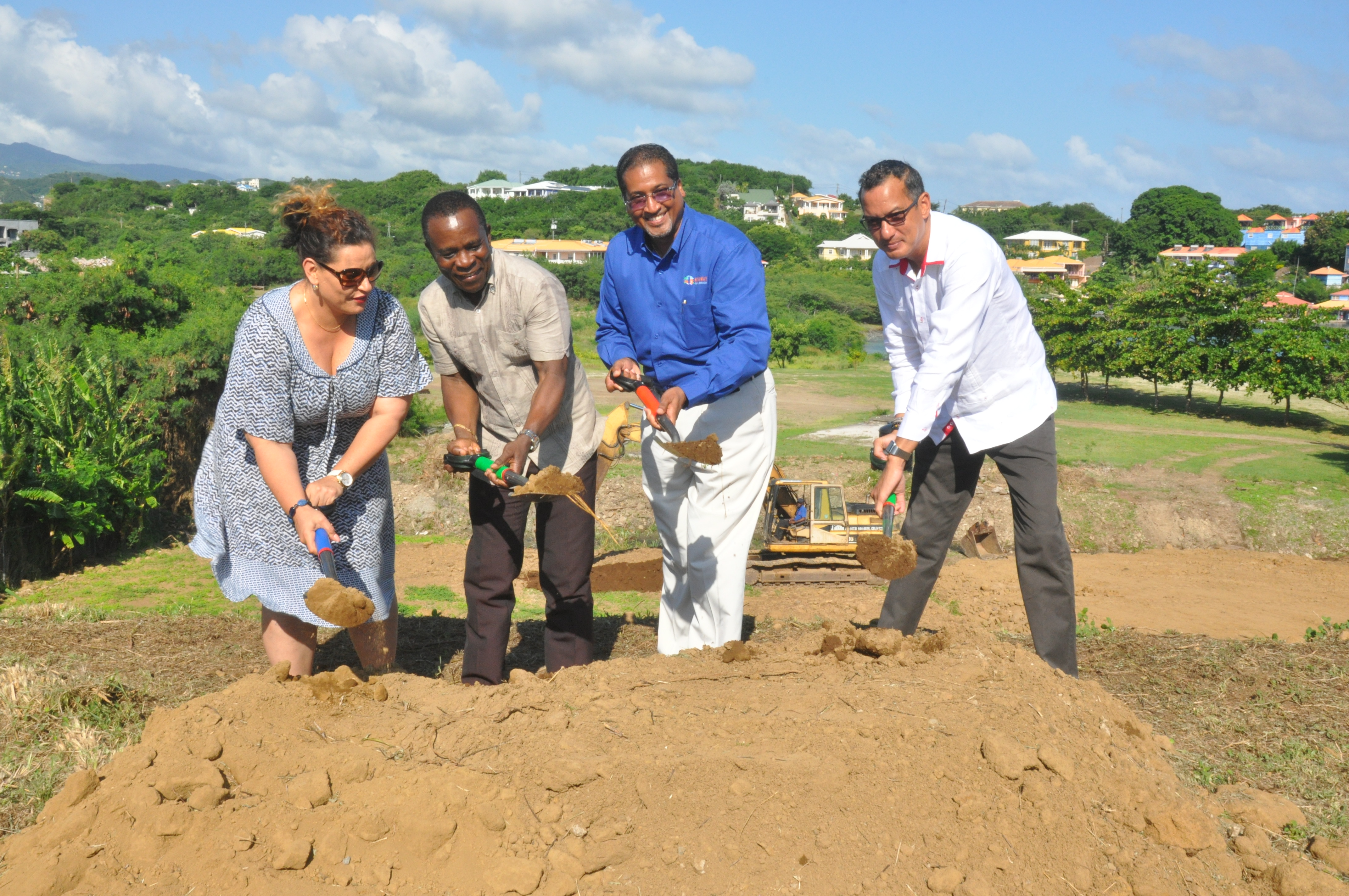 A Grenadian entrepreneur who is set to invest EC$20 million in a hotel development through the country’s Citizenship by Investment (CBI) Programme, believes that there is a lack of understanding among many Grenadians about the programme only targeting non- nationals.

“This is a programme also for Grenadians and not as perceived by many as being reserved for foreign investors,” said Dr Richard Nixon, delivering remarks during a ground-breaking ceremony to signify the start of work at his ‘Hideaway Luxury Apartments’ located within walking distance of St George’s University.

“At this time, the act does not discriminate on who can bene t from this programme. However, it would be instructive for a special set of incentives for naturally born Grenadians, as the intent of the legislation is targeted to the overall development of Grenada,” Nixon suggested to the audience which comprised many government o cials including Prime Minister Dr Keith Mitchell; Minister for International Business, Nickolas Steele; Chairman of the Board for the CBI, Kaisha Ince and lawyers appointed as local agents in accordance with the CBI legislation.

“For Grenadians who have some property that you believe has some potential, I would be pleased to assist you in developing a business model where you can also be a bene ciary of this CBI programme. Let’s nd a way to make this tool work for you. It would be wonderful to see this asset be of bene t in other areas of the economy, and not only targeted towards real estate,” said Nixon. He believes that as Grenada’s CBI programme continues to mature, it is one of the best programmes with the strictest due diligence and best overall value for money for families.

The construction of the 44 apartments is scheduled to be delivered as a turn-key project by July 2018. During the construction phase, 50 persons are expected to gain employment; 7 to 10 during the operational phase and 30 indirectly.

Prime Minister Dr Keith Mitchell in his remarks said that he was very happy that a Grenadian is undertaking such a project. “Projects like that bene t so many,” he said before participating in the commemorative sod turning.